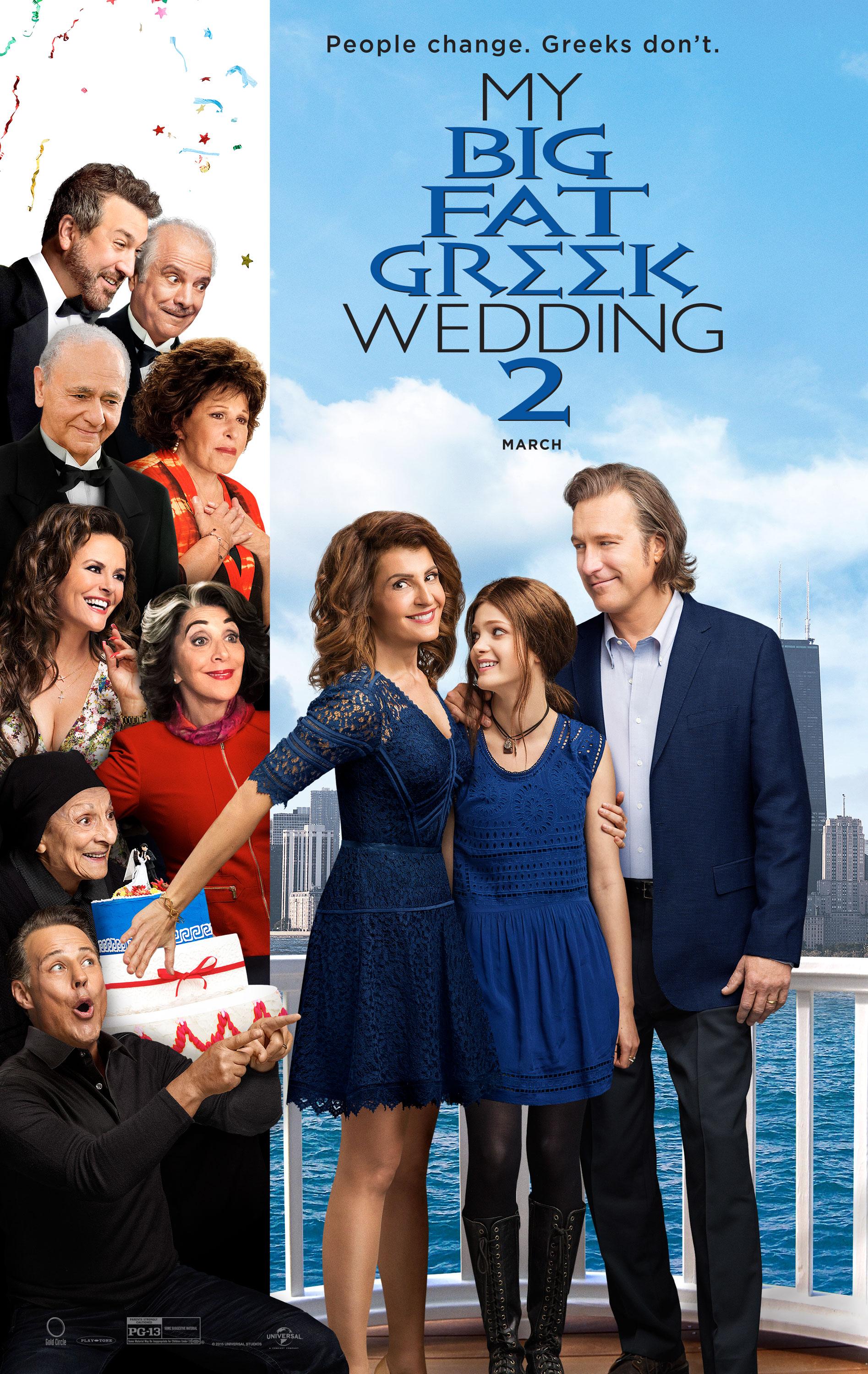 In what was nearly ten years in the making, the sequel to My Big Fat Greek Wedding finally came out after thirteen years of its initial release date. Fans were cheering, enthusiastic for the return of the notorious Portokalos family. I myself had some fair expectations for this movie.

Directed by Kirk Jones, My Big Fat Greek Wedding 2 sees the return of original producers Rita Wilson, Tom Hanks, and Gary Goetzman. Years after the events of the first film, Toula Portokalos (Nia Vardalos) struggles to maintain the spark in her marriage with Ian (John Corbett) and deals with her rebellious teenage daughter, Paris, (Elena Kampouris) who clashes with Greek traditions. F Toula also struggles to balance the never-ending needs of her aging parents, cousins, and friends. A family secret is then revealed that results in the entire Portokalos clan coming together to reunite for an even bigger, fatter wedding than before.

Positive number one: the entire original ensemble returns for the sequel. All of the original actors from the first film reunite for the sequel, (at least to my knowledge). Considering the golden ribbon with its viewers in the first film, the idea of the cast reuniting is like a seeing your much-loved family after a long time. The thought of it is warming.

Positive number two: the pops of color throughout scenes. There are various scenes in

which pops of perky colors are used that add a certain extent of happiness to the film. An example would be a hair salon in which the primary shades are bursts of yellow, pink, and orange. It’s refreshing.

Negative number one: too many old jokes are used in the sequel. It was fine in the first film considering the gags were still original and fresh. But if Jones expects me to roar at the same jokes in the sequel, he must be thoroughly mistaken.

Negative number two: The storyline lacks originality. The first film is known for its uniqueness and exaggerated wackiness; that’s what makes it special. Unfortunately, the sequel lacks that spark. The plot is a pin-straight line of banality. There are a few ‘haha’ moments, however, they are quickly overshadowed by a dull, lifeless storyline. Jones chose to follow a typical sequel ploy of the marriage in shambles and a rebellious teenage daughter refusing to acknowledge her heritage. Give me a break.

Negative number three: the lack of focus in the film. My Big Fat Greek Wedding 2 has too many unnecessary subplots going on. Because of this, it takes a while for the film to progress before the audience knows where they’re headed. But even as the film finally kicks off, the subplots ruin the overall focus of the film.

“Stop trying to fix everything. You baby your parents because you can’t patent your baby no more.”

As excited as I was to view the sequel, I was left deeply disappointed by the lack of novelty that popularized the first film. I had a decent amount of expectations for the sequel. But even so, my level of hopes could not save the movie from itself. Although I recommend the film for fans of the original flick, I doubt anyone would watch it again. The movie is nothing more than a reunion at best, and unfortunately, that’s it.