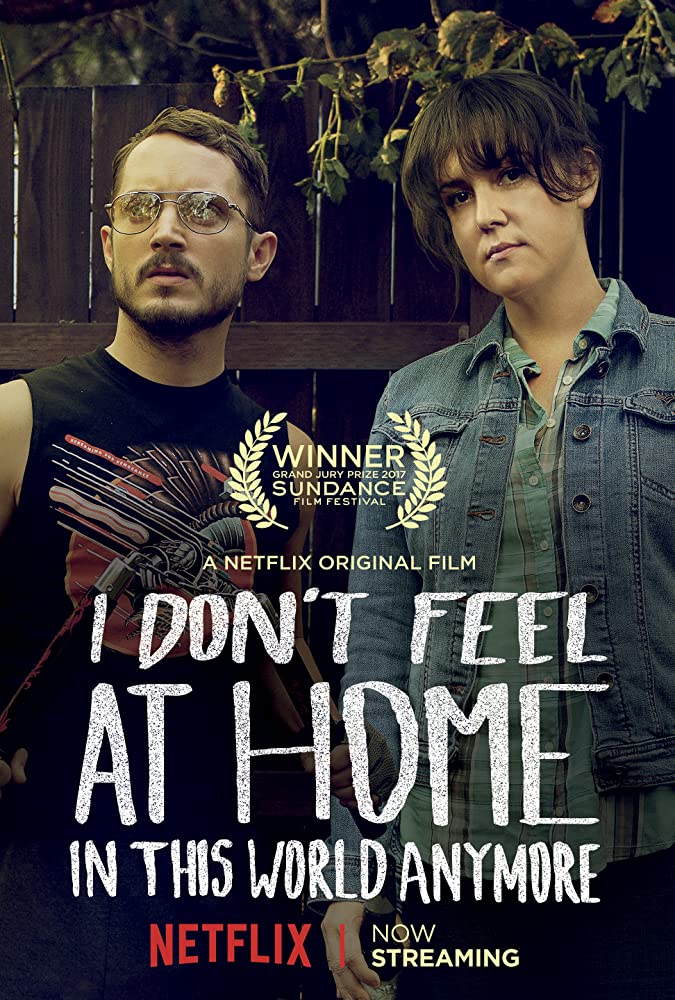 I’ll admit, a complicated combination of study-time, finals, and essentially a bit of vacation time and laziness have caused me to fall of the grid of film reviews for quite some time. But guess what—I’m back. Shady’s back. Back again, with a friend—ok, I’ll stop.

Two things lead me to choosing this film: Elijah Wood and the fact that this has been garnering some great reviews. I’ve been a fan of Elijah Wood for a decade or so, (although that admiration has fizzled on and off). But my intense admiration for the actor was reignited and officially established upon re-watching The Lord of the Rings Trilogy. Elijah’s acting ability in which his subtle facial expressions that rendered Frodo’s tortured and pained soul nearly palpable ultimately won my respect. It is often difficult for actors to properly illustrate their characters’ inner conflictions, desires, wants, etc. in film merely because the film is a visual art that is meant to show its audience such integrated information. But with Elijah, he nails this challenge right on the head. And thus, my awkward and cringe middle-school crush :B transformed into genuine admiration for the actor and his craft—which brings us to discussing how exactly how such characters bring life into film.

Directed and written by Macon Blair, I Don’t Feel at Home in This World Anymore stars awkward and depressed nursing assistant, Ruth (Melanie Lynskey). Ruth, as you can guess, isn’t too pleased with her life. And from witnessing racist tirades to getting cut off in traffic, the people she finds herself surrounded by don’t exactly improve her quality of life; she doesn’t feel comfortable in the environment she’s surrounded by–hence the title, “I Don’t Feel At Home In This World Anymore.” But Ruth is finally pushed to action in seeking to change her life when after being burglarized, she along with her obnoxious neighbor, Tony, (Elijah Wood) decide to take matters into their own hands and set out to find the thieves—to the extent of potentially putting themselves in danger.

In terms of the plot, there are various elements that Blair satisfied the audience with. The first of these elements is how Blair successfully creates a genre that is fun and original, yet still manages to emit the right amount of neo noir—which is certainly a task that not every director can accomplish. One could argue that the whole ‘go-after-the-dudes-that-robbed-me’ act isn’t entirely original. However, I Don’t Feel at Home in this World Anymore manages to be an original work because its use of character ultimately distinguishes it from other films, (which we will be discussing later on). Another perk I enjoyed was how the inciting incident, (the robbery), quickly occurs in the film because that it both propels the story forward and signals the metamorphosis of Ruth’s character—which moves us to the characters of the film.

Personally, I think that Blair’s characters are the best elements of the film. The first reason for this is because of the steady development of Ruth’s character allows the film to be believable. For example, upon coming home to find her home burglarized, Ruth undergoes a perspective transformation in which all of her bottled up motions set themselves free and she lashes out, declaring how she’s sick of the way people treat each other—sick of how people are “so greedy and just take whatever they want.” It can be argued that Ruth’s ranting comes off as very preachy to the viewer. However, it actually isn’t because Ruth’s ranting entangles itself with her actions—which not only unfolds the story, but develops her character. For instance, it is because of her newfound voice that allows her to speak up–which in turn causes her to meet another character who further propels the story; everything, therefore, neatly ties in and clicks together. The second aspect I really enjoyed in regards to the characters was how the various character transformations and arcs are steady and believable. In Ruth’s case, Ruth progressively steps out of her boundaries in her actions rather than abruptly doing something that is well out of character. And one of the primary reasons for this is that the character’s original persona is illustrated to remain even after all the change the character undergoes..  For example with Ruth, even though her character grows, we still see an anxious woman being timid although she is willing to continually grow. In other words, Ruth doesn’t become a complete out-of-character badass, she’s a dorky badass.—which brings us to the next point of the characters profiles themselves.

I really liked the main characters, (Ruth and Tony), in this film. We have Ruth: timid, awkward, and depressed who still tries to be brave. And we have Tony: nerdy, enjoys rock n’ roll, kinda hippie-ish, dons an admiration for Japanese combat, sports a rat-trail, and yet sweet. Aside from the interesting combination of character traits, I really enjoyed how these characters are ultimately realistic because of both their unusual quirks and flaws. These are people that we know in real-life who aren’t often highlighted as the main characters of Hollywood film, but are given a chance to shine here—and it works. It’s nice to give these types of characters a spotlight for a change over confident, stereotypical popular folk.  Ruth and Tony: dorky and weird, yet likeable and charismatic—which helps to invest us in the film. But we also have our actors to thank for that.

“Were you praying?” “You asked for help, I asked for help. That’s how things get done. Don’t worry. I won’t let anything happen to you.”

The acting is great in this film. While is by no means phenomenal, it certainly delivers life into the film. In regards to Melanie Lynskey, Lynskey’s portrayal of a distraught, highly anxious character prepping to do something out of the ordinary, (at least for her) is believable and entertaining. This is because Ruth’s gentleness combined with a yearning to stand up for herself is portrayed through Lynskey’s subtleties in facial expressions and body language. As for Wood—well Wood is as great as always. What can I say more about the guy? This was my first time watching Wood play someone nerdy and he effortlessly manages to breathe life into Tony. However, having discussed the perks of the film, the film isn’t without its flaws.

One of the main flaws that really stood out to me was the plot. My first issue with the plot, more specifically, was how the storyline of Ruth wanting to chase after her burglars is too far stretched out throughout the film. Because of this, the film starts out really great but slowly begins to wear down the viewer. Don’t get me wrong, the plot and film are still interesting, but it would have been nice, in my opinion, if that goal, (of finding the burglars), had been accomplished/failed earlier on in the film and ultimately changed into a new goal. My second issue with the plot is that the mood of the plot never really escalates until the climax where the stakes are suddenly catapulted to the heights of skyscrapers. This feels both uneven but also tinges the film with passiveness rather than an intriguing buildup.

“Just be gentle with yourself, all right? You got all the time in the world.” ” I don’t know what that means.” “Yeah, it’s just something people say.”

The other flaw that bugged me while watching the film was how not all of the characters arc within the film. I understand that not all of the characters are supposed to arc within the film. And I understand that the film’s primary focus was on Ruth. However, it would have been nice if the other characters surrounding Ruth—or even Tony arced in the film’s climax. Some might argue that characters other than Ruth do arc in the film. But even if such arcs existed, they are extremely subtle, minor, and unnoticeable to the viewer. I feel that the film would have created a better pay-off and been more appealing to the viewer if more characters were to arc in the film.

All in all, I Don’t Feel at Home in This World Anymore definitely has its flaws, but is still  a great indie film that everyone should check out. Action, humor, and peculiarity—come on, you’ve got to like that, right? Fine, at least go see if you want to see a dorky version of Frodo 😃