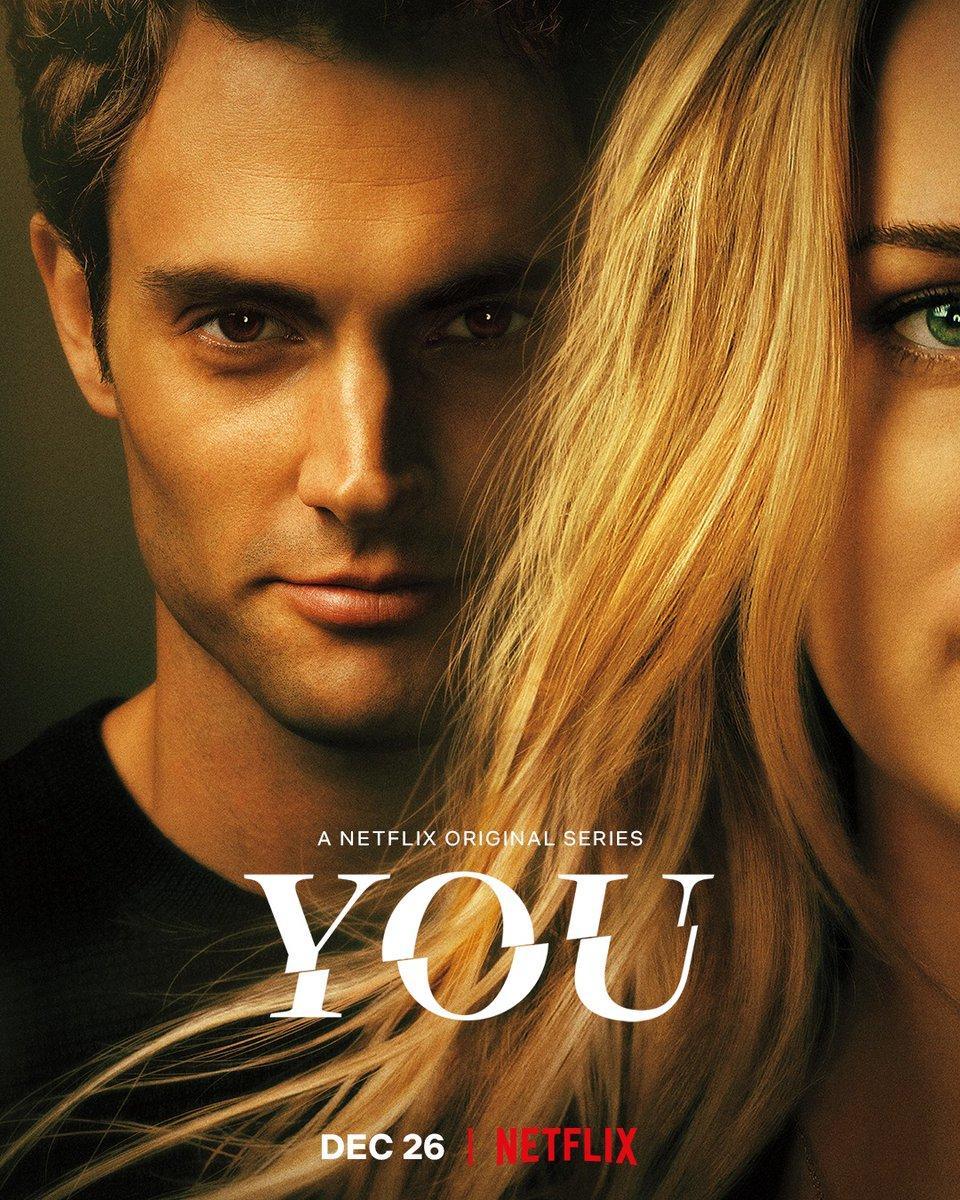 A combination of endless Facebook review posts and Netflix’s percent match caused me to succumb to watching what the majority of social media has been on the rage about this past month: You. No not you, reader, but “You,” as in the 10-episode season released first on Lifetime back in September and on Netflix just last month.

You is a psychological-thriller drama based on Caroline Kepnes’s novel and developed by Greg Berlanti and Sera Gamble. The show follows bookstore manager, Joe Goldberg, (Penn Badgley) getting the hots for struggling writer, Guinevere Beck, (Elizabeth Lail) after she wanders into his shop one day. They become friends. Cool. But then he yearns to get closer and closer to her there’s no turning back. Keyword: Stalker-obsession. DUN DUN DUUUUUN. Cue the audiences’ gasps.

I know, sounds dark, right? But that’s what makes the show interesting. You advance

through the eyes, the body, and the mind of Joe, listening to his every narration and machination revolving around little miss Beck. His need for her attention. His need for her love. His need for her loyalty. His need for some dry humor commentary. His need to kill–ahem, sorry. Anyways, my point is that you get this show entirely from his perspective. This goes to an extreme when you find yourself rooting for him at times. *facepalm* This isn’t very common nowadays, especially with so many artists opting to play their stories safe and appeal to the public rather than appealing to their integral artistic vision—in this case, navigating through the show’s dark points. This isn’t to say that the show is OMG-GIVE-ME-YOUR-HAND-AND-TAKE-ME-OUT-OF-THESE-TENTACLES-OF-DESPAIR-DARK. Trust me, I’ve seen darker. But it is still dark, nevertheless. *Shrug* I don’t know. I personally find it interesting to watch every escalating step of his obsession documented—and without it wasting unnecessary time, might I add.

We’re all busy, right? But even then, I was able to watch this while multi-tasking, (laptop on one side of my work table, tablet on the other). So that tells you that it’s easy to follow along to—which is a good and bad thing depending on how you look at it. Good, because You doesn’t consist of tangled squiggly-plotlines that you have to keep snapping your neck over to untangle from the screen. Bad because if you were looking for mastermind sociopath to top Patrick Bateman or Dexter Morgan, he’s not there. Don’t get me wrong, he is the antagonist. And he is smart. But after seeing the couple of mistakes he makes, you’ll realize that he isn’t that smart. Same goes to Beck—er, scratch that. Beck is annoying, needy, dishonest, and a complete moron at times. Man, am I proud to be a woman. *rolls eyes* Oh, well.

All in all, You ain’t too shabby. It’s actually quite good, but it also depends on who’s watching it. For someone who’s never really watched that many dark TV shows, movies, etc., for example, it’s a good introduction. But for someone who’s already into dark stuff, this might not be as mind-blowing as other people consider it to be. It’s what you expect, yet it doesn’t fail to satisfy those expectations.

PrevPreviousThis or That, But None Of Either As A Matter of Fact
NextThe Legend of FamilyNext