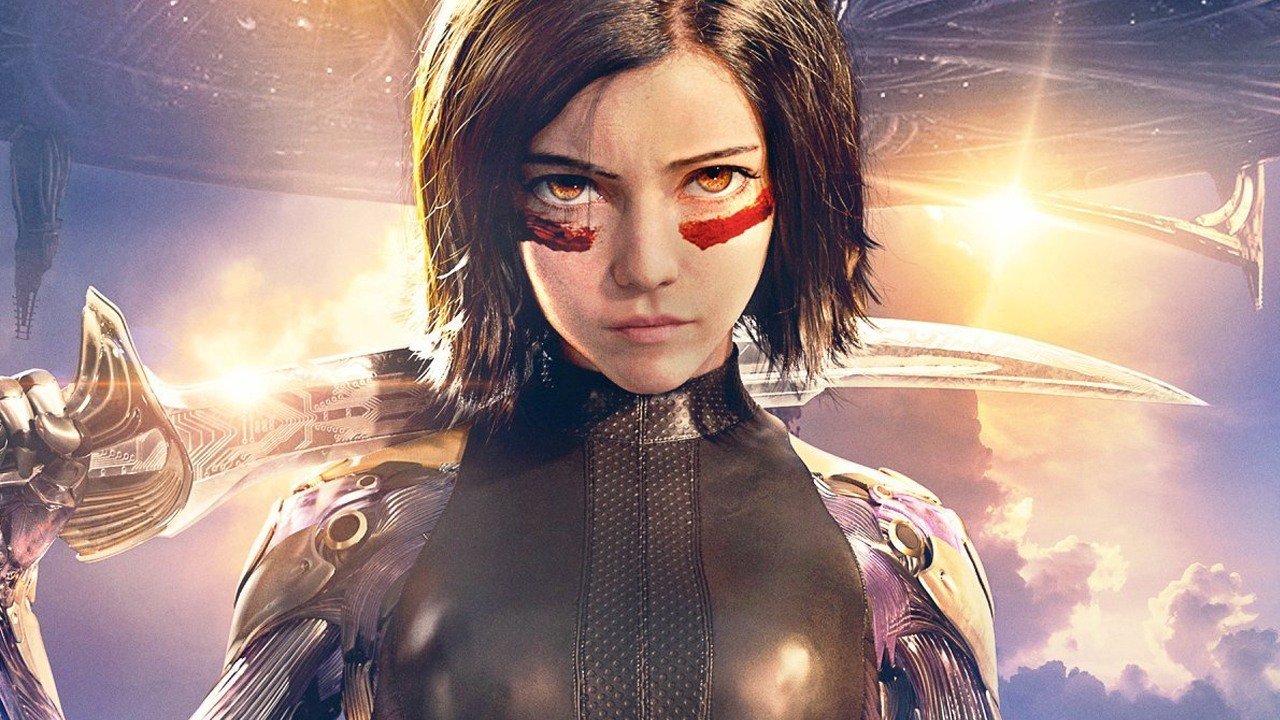 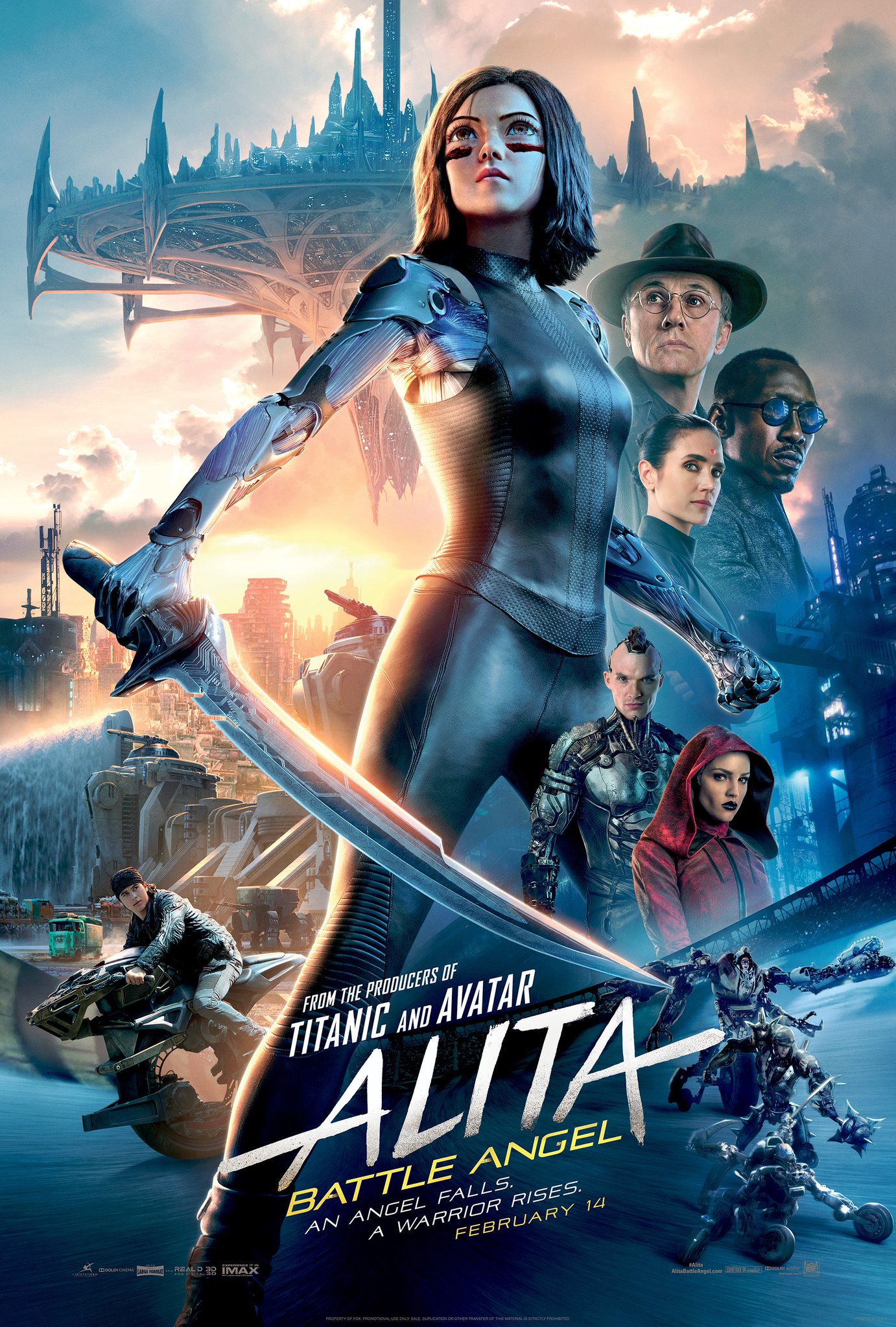 Two things to know when I decided to watch Alita: Battle Angel in Imax 3D. One: I literally knew nothing about the plot. And two: After the quick reviews I breezed over, I decided that it was probably worth it.

Alita: Battle Angel was originally a nine-volume Japanese cyberpunk manga series created by Yukito Kishiro in the 1990s. The film adaption is directed by Robert Rodriguez (Spy Kids, Sin City) and produced by him along with James Cameron. On one hand, the knowledge of James Cameron playing a hand in the creation of this sci-fi action-adventure reeled me in, because, well—freakin’ Titanic and Avatar.  On the other hand, Robert Rodriguez made me nervous. Call me a lousy film critic, but the only films I watched of his were the Spy Kids franchise and Sharkboy and Lava Girl. I know—major facepalm. Regardless, even I, the anxious critic, can state that these two imaginative fanatics give you quite a story.

Alita: Battle Angel is set in the 26th century, and a whole bunch of hulley-balooey has gone down. In a nutshell, it is now 300 years after a societal collapse and major war, cyber technology is at an all-time high. The film opens up to Dr. Ido (Christopher Waltz) rummaging through the scrapyard of Iron City, (acting as a garbage shoot for the beautiful utopia above called “Zalem,”) for cyborg parts. Dr. Ido then discovers a abandoned cyborg, whom he names “Alita” (Rosa Salazar), and takes her back to his clinic. Once she awakens, Alita finds herself in a new, artificial body and has no memory of who or where she is. She then sets out on a journey of self-discovery and survival as she navigates the dangerous streets of Iron City. Throw in Chiren, (Jennifer Connelly) Ido’s ex and genius cybersurgeon, the hulking cyborg, Grewishka (Jackie Earle Haley), Vector / Nova, (Mahershala Ali) Zalem’s maniacal ruler, cyborg bounty hunter, Zapan, (Ed Skrein), and teenage-Motorball-lovin’ Hugo, (Keean Johnson) and there’s your fajita-wrap-of-a-cyber-punk fantasy world.

they’re used to it. But for newbies? Sure…but that doesn’t mean that they’re excluded from the hype of such a feat. Rather, Alita highlights both manga/anime’s roots and A: acts as a treat for current manga/anime fans, B: reminds ex-manga/anime lovers of what exactly brought them to manga/anime, or C: allows newcomers to understand what it exactly is about manga/anime that gets their eyes buzzing out and twisting around like eels. This is because it encompasses so many manga/anime tropes, such as a post-apocalyptic world, Alita’s obvious big eyes, cyborgs, bounty hunters, assassins, gorgeous cinematics and settings, visual effects, badass battles and aesthetics, amnesia, (lol), a mysterious past, elongated blades and weapons, inspirational female characters, etc.—all the cool stuff. But just because a film has ‘cool stuff’ elements, doesn’t mean its story is perfect.

“You’ve been given a chance to start over with a clean slate. How many of us get that?”

The film’s story comes with its cracked eggshells of goodies and blekh-ies. On one Ping-Pong paddle, the story is original in terms of its characters, story, and setting. But at the same time, some of its clichés pop out at you as typical adventure story archetypes, such as the amnesiac, moody teenager, the protective father figure, etc. I’m not saying this is necessarily bad. But what I am saying is that these elements might not excite you and just barely manage to glide past your Achilles heel. However, Rodriguez and Cameron’s balancing it out with other elements of originality within this tale cause them to work. Another so-so feature of this film is the implementation of ideas at hand. Like I mentioned earlier, there’s a lot of exciting ideas and subplots, such as Motorball, various cyborgs out to get Alita, Alita and Zapan’s growing romance, bounty hunters, etc. …But what then? Here we have all of these fantastic ideas, but the problem is the way they are forcefully connected to one another. The story thus appears to be a bit convoluted at certain points of the story before once more transitioning into a smooth wave that lulls you forward. Because of this, the film’s flow is jerky at times in which it might be even be a bit episodic. This contributes to a climax that doesn’t provide you with a fully cathartic release from all of the tension built up during the progress of the film; you drive all the way up this mountain only to halt at the steeping tip of the edge rather than over the tip and cascading down the arch. Don’t get me wrong, though. The story still contains all that excites, pumps, captivates viewers, takes them away from life, and places them into an alternate, fantasy world. One could even consider it to be inspirational.

“I do not standby in the presence of evil!”

Alita’s relatability of ambition, motivation, focus, self-growth, power, confidence, and loss of innocence and identity inspires you. You might be thinking, “Ok, big whoop. A lot of characters are meant to relate to the viewer and inspire them anyways.” That may be true. Sure. But Alita was different in her method of inspiration. Rosa Salazar does exceptionally well in capturing every single bit of Alita’s emotions and channeling it via her self-growth. Because of Salazar, Alita reminds you of yourself back when you were a child pre-adult responsibilities, loss, and hardships that gradually chipped down your spirit—back to when you were just a kid with endless dreams, strength, confidence, and ambition. She inspires you to want to once again become the best, badass version of yourself that you wanted to be as a kid. Heck, at times I felt as if I wanted to leap out of my seat and run around back-and-forth across the theater to get the excitement and adrenaline out of my veins. That’s why despite some of Alita’s flaws and critics cringing at the possibility of sequels, I gladly welcome them when curious to see what’s next in Alita’s future.